As some readers may know, we’ve written together for well over a decade and in addition to our 150-plus pieces for Sports Business Journal, we’ve co-authored three books, with a fourth about doing business the NHL way (for the University of Toronto Press) coming out later this summer.

In other words, not many journalistic firsts for an old duo like us.

But, for the first time ever, we were both interviewed and quoted in the same story. The article was written by the Washington Post’s award-winning columnist Sally Jenkins, who suggested Russia’s attack on Ukraine will have considerable sport industry implications for President Vladimir Putin.

Given SBJ’s business-centric readership, we want to take Jenkins’ effort a bit further by discussing the invasion ramifications across multiple sectors of our industry.

Let’s start with sponsorship. It’s a marketing tactic that works and one where most brand investments — in North America anyway — go into sports properties. By some accounts, including our own research, nearly 75% of all dollars invested in sponsorship is associated with athletic competition.

We can safely assume a similar ratio (75%) for the other G20 communities (19 countries, including Russia, plus the European Union with Spain as a permanent guest). That total investment in sponsorship, exceeding $50 billion, drives global or regional advertising campaigns.

As we’ve all seen, these global brands have influence, spending power and — most importantly — consumer groups in all corners of the globe. For almost all of them (think McDonald’s, Coke, Nike, Visa, and P&G), war is not good for business because consumers of those products or services generally don’t support unprovoked attacks on other countries.

What that means is that Russian-based leagues and events, or Russian-born owners and athletes, are suddenly pariahs. translation? Global sponsors won’t engage with anything Russian and will ultimately “hurt” Putin in a place that personally matters to him: high-profile sport.

In the above scenario, the “sanctions” inflicted on this country will probably force the IOC, FIFA, FIBA, or FINA to avoid the former USSR for at least the next decade. 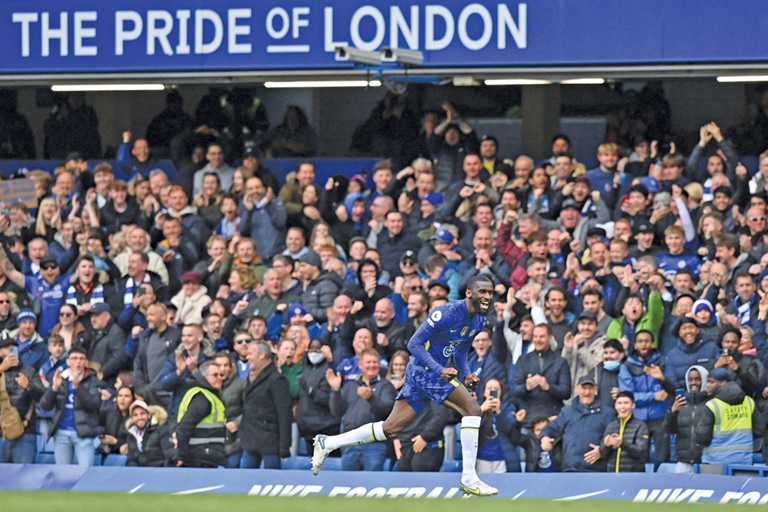 But let’s also talk about ownership of professional sports clubs. The leading example is Chelsea in the Premier League where Roman Abramovich, the longtime owner of the club and a Putin-allied billionaire oligarch, was forced to sell the club amid major pressure from British fans, the UK government, and the league.

This is a second example of global entities leveraging sport to hit the Russian president where it hurts. By targeting his BFFs.

Abramovich, by most accounts, was a good club owner and Chelsea flourished on and off the field under his stewardship. Additionally, the Premier League — in normal situations — would have wanted a deep-pocketed owner like this particular Russian to fit with other international investors such as:

no more. We’re guessing it will be a long time before a sale to a Russian is approved by the Premier League, NBA, NFL, NHL, Serie A or Bundesliga. (Note: At press time, Abramovich had reportedly made an offer to buy La Liga’s Valencia CF.)

Ownership of a professional sports team, at some level, requires public trust. And for teams competing in a global economy, building fan bases all over the world, the process of earning deep-seated trust is not just local. It’s everywhere, all the time and instantaneous. All because of the quirky, egalitarian nature of social media.

Second translation: Team ownership is losing its status as a monarchy or dictatorship. It’s now a shared, utilitarian concept.

Said another way (and undoubtedly oversimplified): Possession may be nine-tenths of the law but in sports, that one-tenth, the slender pie slice made up of players, sponsors, advertisers, the world’s media … well, that tenth is increasingly influential.

Setting aside sponsors, owners, teams and players, let’s not forget the loss of events held (or potentially held) in Russia. As of April 2022, international federations and major sport properties knew they would face too much “heat” if they offered to place events in Russia.

In many ways, it reminds us of bans on South Africa during the time of apartheid. It became a no-fly zone for almost every form of sport and ultimately required a great reformer like Nelson Mandela to bring South Africa back to the international pitch.

We can sympathize with the young Russian athletes who will find it difficult going forward. They may be 15 or 16 now and were completely uninvolved with decisions made by their president. But for quite some time, they will face decision-making from entities that want all things Russia to disappear.

that could mean athletes from Russia or Belarus are unable to compete or, for those that are allowed entry, they’ll be kept from doing so under the Russian or Belarusian flags. This is a third major hit to Putin and his use of sport as an international poker chip.

Can sports curtail or influence war? Probably not. The world no longer acts like Greece did circa 776 BC Still, the actions of the sports world in the coming months and years will be conspicuously pronounced and show clearly how Russia hurt itself (and its athletes) by invading Ukraine.

Rick Burton is the David B. Falk Professor of Sport Management at Syracuse University and SU’s faculty athletics representative to the ACC and NCAA. Norm O’Reilly is the dean of the University of Maine’s Graduate School of Business and partner consultant at the T1 Agency in Toronto.

Questions about OPED guidelines or letters to the editor? Email editor Jake Kyler at jkyler@sportsbusinessjournal.com